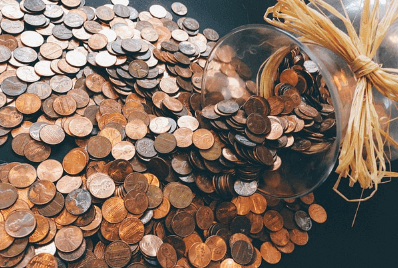 The Trade and Investment Environment

Moldova’s aim is to provide a transparent and supportive business environment for foreign and domestic investors by upholding international law and protecting the market economy, private property, provisions against unjust confiscation of property and separation of power between government departments.

Moldova is committed to integration with Europe both politically and economically. The country currently exports to the European Union and is negotiating Autonomous Trade Preference (ATP) facilities for its EU exports. ATP, once applied, will make Moldova a serious attraction for potential investors.

In November 1994 Moldova signed and ratified the Partnership and Cooperation Agreement with the European Union (EU) and in 2005, signed the Plan of Action with the European Union which calls for strengthening security; improving political, economic and cultural relations; reinforcing cross-border cooperation; and establishing joint responsibility regarding the prevention and settlement of conflicts.

Moldova is a member of the following international organisations:

The European Bank for Reconstruction and Development (EBRD) is also active in Moldova, both in equity investment and providing financing to investors. The EBRD also invested in four regional funds which target Moldova among other countries.

Following a decade of economic decline that ended in 2000, Moldova has maintained macroeconomic stability and achieved consistent economic growth. This period was marked by significant increases in foreign direct investment (FDI).

Moldova enjoys investments from 86 countries with the major FDI sources being the EU, the Commonwealth of Independent States (CIS), the USA and Canada. The Netherlands is the largest investor. Other large investors have been Russia, Spain, Cyprus, UK, Italy, the USA, Germany, France, Romania and the British Virgin Islands.

Major FDI has been in the processing industries; energy, gas and water; finance; wholesale and retail trade; transport and communications and real estate transactions.

An important indicator of investor trust is reflected in the reinvested earnings from FDI which has grown over the last several years and are predicted to continue to grow in the future, reflecting the long-term confidence of businesses that have already invested in Moldova. The largest share of foreign investment is in fixed assets of joint ventures and foreign companies.

Moldova’s foreign trade regime was liberalised in 1994. As a result, businesses may freely trade a wide range of goods with the exception of some specific product categories, such as weapons, precious metals, explosives, poisons, medicines, medical items and equipment. The tariff policy of Moldova is based on the trade regime and norms established by the WTO. Moldova does not apply any prohibitions or quantitative restrictions on imports that do not conform to WTO provisions, nor does it apply any customs duties, prohibitions or other measures on exports.

Since January 1, 2006, Moldova has also benefited from the Generalised System of Preferences Plus (GSP+) in its trade with the European Union. These are trade preferences received as a result of Moldova’s implementation of sustainable development and good governance policies. It has also concluded bilateral Free Trade Agreements with all countries of the Stability Pact for South Eastern Europe (SPSEE) and the CIS countries, except Tajikistan. Moldova is also a party to the Central European Free Trade Area (CEFTA), which entered into force on July 28, 2007. Moldova is also a member of the Organisation of the Black Sea Economic Cooperation, SECI, GUAM and other regional economic initiatives.

The main destinations for Moldovan exports are Russia, Romania, Ukraine, Italy, Belarus, Germany and Poland with growing trade to the United Kingdom and France.

Food, beverages and tobacco and wine followed by textiles and textile products and vegetable products make up the bulk of Moldova’s exports. Other exports of note are base metals, machinery and spare parts, footwear and apparel, animal and vegetable oils and fats, and mining-related products such as glass and cement.