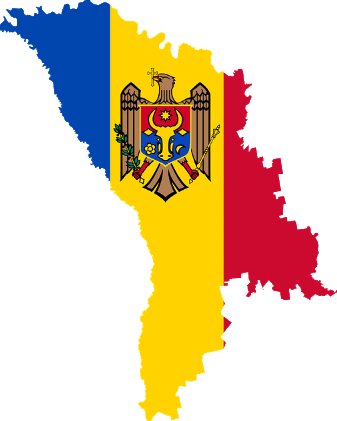 Located between Ukraine and Romania, the country of 3.5 million has had to navigate Pro-EU and Pro-Russian sentiment since it became independent with the breakup of the Soviet Union. Moldova signed an association agreement for the economy with the EU in 2014, angering the Kremlin and triggering an embargo on the country’s produce exports. Moldova’s economy has also been badly affected by Russia’s economic recession, particularly as it is heavily dependent on remittances from Moldovans working abroad, most of whom work in Russia.

Russian influence is strong, though with its own severe domestic economy in crisis, experts doubt Russia will interfere beyond supporting local parties and trying to keep Moldova destabilized. Russia has approximately 1,000 Russian peace-keeper troops stationed on the Moldovan breakaway region of Transnistria since it declared independence in 1990. Moldova cannot survive in the short term without remittances coming from Russia and an export economy with Russia, yet Moldova cannot survive without an export economy with the European Union either, so somehow it has to strike a balance between two.

The Moldovan crisis in the economy is also political. It involves the abuse of power by politicians of several parties who were siphoning funds from a number of Moldovan banks. A series of statements in 2014 made by several politicians that 1 billion dollars had been embezzled from three of the country’s banks was blamed directly at private investors. This created a fall in the Moldavian leu of almost 40 percent against the Euro and the dollar.

Moldovan politicians’ shamelessly tried to cover their tracks. In late 2013, when insiders became aware that BEM bank was in crisis, on the recommendation of a government commission (controlled by the same political interests that had robbed the bank) the Moldovan government sold off bank shares to private investors while concealing the bank’s liabilities. There was a second, bigger sell-off in August 2014. There were no independent audits, just the Finance Ministry’s report of the bank’s essentially sound condition. Then, in November 2014, days before the election, the government raided BEM bank and placed it back under state control.

On investigation of the crisis in the economy, it was admitted that BEM’s looting lasted for years, well before the private investors got involved. The Prosecutor General of Moldova, Corneliu Gurin, declared “Thefts in BEM began not in 2014… they occurred long before these events, and in 2009 they increased considerably.” The reality is that BEM’s losses are the result of consistent plundering over twenty years or more.

After the loss of 1 billion dollars from the banks, protesters formed an unlikely union of both Pro-European Union and pro-Russian parties against corruption and political mismanagement in Moldova. This underlined the low level of trust and lack of legitimacy of the government. Experts estimated a budget gap of approximately thirteen percent after a GDP contraction of close to 2 percent in 2015 with salaries of workers in the public sector not be paid on time. At the time, the IMF (International Monetary Fund) described Moldova’s near term outlook as ‘difficult’.

Prior to 2014, Moldova was considered well ahead of other countries like Ukraine and Georgia in the area of rule of law and regulatory (including financial) reform to meet European standards. After the crisis in the economy, that image is gone. The EU is considered a good trading partner and a source of aid funds and loans. However, the implementing of necessary reforms, is not one that leaders want since it poses a threat to their business dealings. Attempts at limiting the scale of ever-present, endemic corruption permeating all spheres of life in Moldova – from the judiciary through the financial sector to the schooling system and healthcare – have proved unsuccessful.

Neighbour and close ally Romania offered Moldova a 162.5 million dollar loan package to be paid in instalments in October 2015, but held back a 65 million dollar tranche unless Moldova undertook a real fight against corruption, implemented reforms, targeted the justice sector and signed a draft loan agreement with the IMF, known to be the ‘lender of last resort’.

The 2016 administration of Prime Minister Pavel Filip’s Pro-European government looked to neighbours Romania and the International Monetary Fund for funds to avoid an economic crisis. The current parliament, sworn in under secrecy at midnight in January 2016, has little legitimacy and even less popular support. Reformers throughout the region remain outmanoeuvred by politicians in search of IMF loans and western military cooperation. In July 2016, the IMF agreed to a 175 million dollar bailout package, having left the country only nine months before because of the theft of central bank reserves. The country’s new government has also called for the resumption of an Inter-Governmental Commission for economic cooperation with Russia.